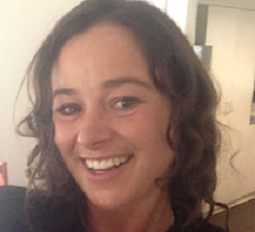 Joanne has been a passionate coastal volunteer and practitioner for 20 years. Joanne is the President of the Australian Coastal Society (ACS) and a committee member of the Western Australian Landcare Network. Joanne has been the Coastal Adaptation Coordinator for the Peron Naturaliste Partnership since 2011. Joanne also runs Inter-Nature Interpretations and is currently working with both the South West and Peel Coastal Management Group and Woolkabunning Kiaka Inc. as a Facilitator /Project Coordinator. Jo can be contacted at austcoastsocchairman@gmail.com 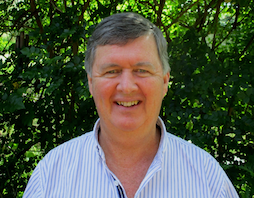 Nick is an Emeritus Professor at the University of Adelaide. He is currently Vice-President and Life Member of the Australian Coastal Society. Formerly he was Director of the Centre for Coastal Research at the University of Adelaide; Vice-Chair of the international scientific steering committee for ‘Land-Ocean Interactions in the Coastal Zone’ (Netherlands) and a member of the South Australian Government’s Coast Protection Board. Nick was also one of the Lead Authors for the 4th Assessment Report of the Intergovernmental Panel on Climate Change (IPCC), which in 2007 was jointly awarded the Nobel Peace prize. Nick has over 40 years experience in coastal research, over 200 publications including scientific papers and books. Nick can be contacted at austcoastsoc@gmail.com

Joanna is a principal coastal engineer with over 15 years' experience in both the private and public sectors. Joanna is passionate about sustainable management of the coastline and particularly interested in coastal processes assessments, design of coastal management solutions and assisting local and state governments with coastal planning and management within the context of relevant state coastal policies. She has extensive experience in numerical modelling of waves and hydrodynamics and has applied these in numerous studies. Joanna enjoys working with the community to raise awareness of coastal management and climate change. Joanna places high value on working collaboratively with internal and external stakeholders to achieve project success. You can contact Joanna at austcoastsoc@gmail.com

Thor has been working in the natural resource management field since 1998 with extensive experience in both state and local government sectors. Thor has worked on a broad range of natural resource management issues including coast and estuary management, acid sulfate soil rehabilitation, fluvial geomorphology assessment and river restoration works, aquatic ecosystem health assessment, strategic planning and development assessment, soil conservation works,  regional strategic assessment and management for invasive weeds. Thor has a strong working knowledge of NSW and Federal environmental and planning legislation and has represented government on a regional government expert panels and advisory groups. Thor can be contacted at austcoastsocnsw@gmail.com

Steve has a long association with the Australian coast and lives in Torquay, where he can often be found in or near the water. With almost 30 years’ experience in a range of state organisations and NGOs, he operates a small consultancy and is a sessional member with Planning Panels Victoria. His interest in coastal places and people kicked off growing up in the small NSW town of Tathra, before completing the Coastal Management degree at what was UNE, Northern Rivers in Lismore. Despite his background in natural resource management, coastal planning, infrastructure and development, he also enjoys reminding people about society and economy. Steve can be contacted at austcoastsocvic@gmail.com . 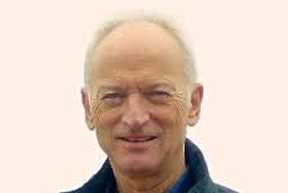 After mapping Seagrass around Tasmania in 1993 Chris worked for the Tas government implementing the State Coastal Policy (1996), and coordinating Coastcare and other Commonwealth programs from their inception.

Although he left the bureaucracy in 2011 he has remained passionate about Tassie’s coast, in particular lobbying for a new and better coastal policy through ACS and an affiliated group TasCA (Tas Coastal Alliance) specifically formed for the purpose.  Chris is currently a (very) part-time research fellow at IMAS (UTAS) and interests include coastal leadership. Share your thoughts, find out what’s going on, or even get involved by contacting Chris at austcoastsoctas@gmail.com 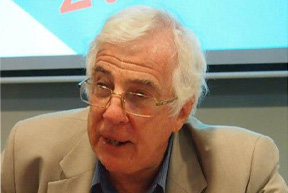 In 2010, Bruce was awarded a member of the Order of Australia for his significant contribution to the ecological management of the coastal zone and as a contributor to public debate on natural resource policy. If you want some commentary on coastal management issues for the media, get in touch with Bruce via austcoastsoc@gmail.com

John is a geologist specialising in coastal and marine environments. He also has many years experience as a senior manager in state government where he has led coastal and landuse planning programs.  He is interested in all things coastal and marine.

John likes surfing, snorkelling, fishing and just being around the ocean.

If you want to get in contact with John, send him an email at austcoastsoc@gmail.com

Dave is the memberships officer for the ACS.

Dave is a coastal generalist with degrees in marine science, tourism management and environmental economics.

He is particularly interested in the economic benefits associated with the use and appreciation of beaches and the surf zone.

If you have any questions about membership, send him an email on austcoastsocmembership@gmail.com

Greg Stuart has had a long history with Australia's coasts. As a kid he enjoyed family holidays on Bribie Island in South East Queensland and went on to graduate in coastal engineering and marine science.

Greg has gained professional experience at all levels of Government and the private sector. His technical skills have been honed on projects ranging from beach erosion assessments, coastal protection strategies, reef management, offshore conditions, and water quality impacts on receiving waters. Greg is an adjunct lecturer at the Griffith Centre for Coastal Management and lives on the Gold Coast.

Greg can be contacted via austcoastsoc@gmail.com